Invisible hands? European corporations and the deforestation of the Amazon and Cerrado biomes

The report “Invisible hands?” offers a survey of the involvement of European firms – including banks - at different stages of the supply chain of soy, meat and metal – industries which are the main drivers of the deforestation in Brazil.

From hospitals to nursing homes, the privatised care sector is on the rise in Europe. A slow process of privatisation and liberalisation, along with the ageing of the European population and the growing demand for elderly care, have opened up a new (...)

Allô Bercy? Corporate Welfare in a Time of Pandemic

The French government offered unprecedented financial support to businesses in response to the Covid pandemic, and large corporations of the CAC40 stock index have greatly profited from it. With very few strings attached, whether in terms of dividend payouts or of climate commitments.

Ferrero: A Sweet Tale of Capitalism

Perhaps the best way to get to know Alba, a small town in the province of Cuneo, in the Piedmont region, is to open a book by Beppe Fenoglio, one of the major Italian writers of his time. He wrote extensively about the city and the surrounding hills, the (...)

Building an Environmentally Sound House Cheaply, in a Week

Should construction industry giants be worried? After open-source software and the manufacture of machines and objects, the global fabber [3-D printer] community is now turning to actual open-source house construction. Providing plans and techniques that are accessible to everyone, collaborative construction and assemblage of components (from the United States to France, by way of Great Britain), a true community of “free housing” is emerging and self-organizing to revolutionize construction and its financing and to provide everyone access to more suitable housing. 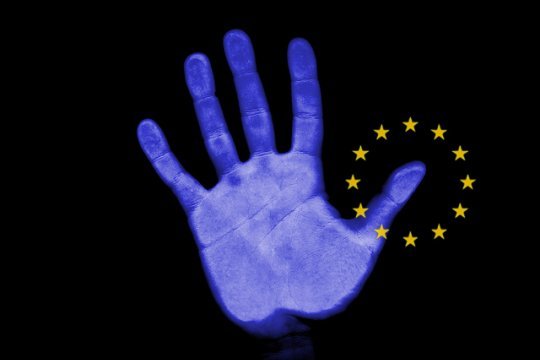 Walls and wire fences are not all that’s being built at Europe’s borders. The European Commission and Security Companies dream of “smart borders”: a multitude of automated and interconnected files and control apparatuses able to follow each individual. The program’s objective? Counter-terrorism and keeping migrants out. But these structures — the effectiveness of which remains to be demonstrated — risk straining public finances, while threatening civil liberties and private life, should some states decide to pass from border control of each person to surveillance of everybody

Blockades are popular these days in France. This time, it was the turn of the Bolloré group, located in Puteaux (Hauts-de-seine), to experience this form of protest. For nearly three hours on the morning of 3 June, around a hundred protesters peacefully blockaded the entrances to the headquarters of one of the country’s most powerful companies. Protestors challenged Bolloré shareholders as they attempted to enter their meeting.

Instead of concrete and fibreglass, what about opting for straw? An inexpensive, readily-available insulation material that is both renowned for its high performance and for being environmentally friendly. Although for a long time it was used primarily for houses, straw is now being successfully put to use in public buildings, schools, kindergartens and community halls with an increasing number of experiments in both cities and rural areas thanks to a few proactive councillors. And since 2012, an official building code on straw constructions is available, which consulting firms and insurance companies can refer to. But these projects would not see the light of day without the motivation and determination of local councillors and building professionals. An encounter with the pioneers of the low-carbon buildings of the future.